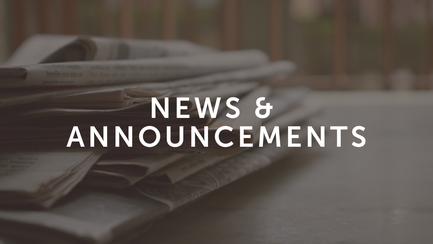 STARTUPS that have long enjoyed the benefits of an exuberant scene in South-east Asia are now facing their first stress test as they scramble to last out the Covid-19 storm.

But with great pressure comes great survivors, and the current downturn might be the force that separates the wheat from the chaff.

Companies that only weeks ago had plans for expansion are now switching to war-room mode as they think up cost-cutting measures to extend their cash runway.

Investors are also tightening their belts, and market watchers say startups that are set to raise funds this year might not be facing the most optimistic of opportunities, with the downturn expected to last at least till the end of 2020.

With the virus outbreak dampening consumer demand, disrupting supply chains and interrupting usual workforce operations, industry players say this will be a true test of a founder's resourcefulness and a startup's adaptability.

Companies that can survive in this climate have a good chance of thriving, while those with relatively weak business models or balance sheets typically end up failing, said venture capitalist Abheek Anand, whose firm Sequoia Capital has labelled the coronavirus the "black swan" of 2020.

Startups that are able to act fast while keeping staff morale high will have a higher chance of riding out the storm, said Vertex Holdings chief executive Chua Kee Lock, who has witnessed past downturns such as the Sars period, the Global Financial Crisis (GFC) and Asian Financial Crisis.

The general sentiment in the market is that those with positive unit economics and have just raised funds will be in a better position to sustain the business.

Regardless, companies should re-evaluate their cash flow and scale back on business plans that are no longer relevant so as to stretch their cash as far as possible - perhaps even up to June 2021, Mr Chua said.

But how deep should the cuts go? The matter is complicated by the uncertainty of how long the downturn will last. As a biologically-linked event, indicators used in previous financial crises might not be as accurate a benchmark to determine when markets will recover, and startups might have to be prepared for the worst.

Monk's Hill Ventures partner Lim Kuo-Yi, who has been through past downturns in the startup world, said the biggest lesson he learnt was to be decisive in uncertain times. That said, decisiveness can be a challenge as founders tread a thin line between cost-cutting and business sustainability.

Measures such as a hiring slowdown or freeze may lead to an inability to scale the business and improve on current offerings, said S. Sivanesan, a senior partner who heads the venture technology and emerging companies group at law firm Dentons Rodyk.

"With negative growth, it will be challenging for a startup to raise its next round (of funding), even after the Covid-19 situation dies down," said Jeffrey Chi, vice-chairman (Asia) of Vickers Venture Partners.

Startups should hence refrain from knee-jerk reactions such as immediately slashing marketing expenses or funding for research and development, lest they end up damaging the business irreparably.

Vertex has cautioned its portfolio companies to trim their staff size carefully, if needed.

"Startups could face the need to hire similar positions again 12 to 15 months down the road, which might prove even harder then," said Mr Chua.

Companies would also have to think of other ways to reduce expenses. This might include a move towards smaller contract sizes to lower costs and ensure that obligations can be met, said Mr Sivanesan.

Perhaps the sagest advice taken from those who have seen it all is to be flexible with the company's offerings and to remain in firm control of operations.

Angel investor Huang Shao-Ning told The Business Times that when Sars hit in 2003, the recruitment startup she co-founded - JobsCentral - was so badly affected that there were no sales meetings at all. In a blog post published earlier this month, she advised founders to be nimble with their product strategy.

"Go for quick wins that bring cash and build your brand. I remember during Sars and the GFC, we created crisis packages that sold deeply discounted bundles to employers, using the tag line that we help SMEs (small and medium-sized enterprises) with cost. We also tweaked our sales pitches to remind clients that the best companies recruit and build brands during downturns," she wrote.

Although having to trim the fat will definitely hurt the company in some way or another, Mr Anand, who is managing director at Sequoia Capital (India) Singapore, said that "resource constraints are often what helps founders make the best business model choices".

For instance, Sequoia's portfolio company Hmlet, a co-living operator, is using this period as an opportunity move to a much more asset-light model to improve its bottom line, said Mr Anand. The startup, which usually rents, renovates and operates properties, is now in talks to partner more landlords to help run Hmlet-branded properties on a profit-sharing and management-contract basis instead.

As the downturn continues its long and heavy march, market watchers are expecting more bridge funding rounds - a small round of funding to tide a startup until its next larger round of funding - to spring up in order for investors to provide much-needed cash to their portfolio companies.

For instance, corporate travel booking startup Travelstop is trying to raise a "smaller bridge round" through existing investors to extend its pre-Series A runway by another 16 to 18 months, after seeing drops in revenue by up to 60 per cent, BT previously reported.

Existing investors typically invest in bridge rounds through convertible debt at a discount to the next funding round's valuation, or at a valuation cap, whichever is lower.

Demand for venture debt is also expected to spike. While the government and banks have initiated support packages that provide short-term liquidity to SMEs, loss-making and asset-light startups are likely to struggle with tapping these channels of funding.

"Given ... the knowledge that any equity raised would probably come from a less-than-ideal valuation and hence greater dilution to founders, it seems like founders have started to turn to near-term loans as a good option as a hedge to market conditions," said Paul Ong, director at Innoven Capital.

Even as market conditions remain grim, many say startups need to remain poised to pounce and capture the market once the situation blows over.

"When the market starts to show signs of green shoots, (startups) have to be the first one out of the gate, to anticipate when to come back up and run hard again," said Mr Lim.

It is just as well that startups have an edge over their traditional peers. "What distinguishes startups from large conglomerates is agility. And that's the No. 1 thing that companies need right now," said Mr Anand. 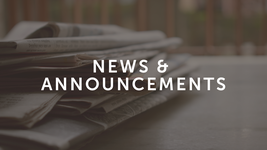 Insurance companies amass lots of data, but how can they best make sense of it? Will an AI-driven insurance industry pose ethical issues such as discrimination? Dror Katzav, CEO of Atidot, a leading AI company for the life insurance industry, shares his thoughts on the topic.